When does Minnesota require “whiskey plates” on your vehicle?

(1) has a prior DWI/DUI within the previous ten years;
(2) has a Blood Alcohol Content (BAC) twice the legal limit (0.16 or more);
(3) has a child under age 16 present in the vehicle (when the driver is at least three years older); or
(4) has a driver’s license that has been canceled inimical to public safety.

When are vehicle plates taken off the vehicle?

At the time of arrest, the police officers immediately impound vehicle plates when allowed by law. The arresting officer will remove the plates and issue a temporary permit valid for seven days (or 45 days if the arrested person is not the owner). At this point, the arrested person may apply for “whiskey plates” in order to lawfully operate a vehicle on the roadways.

“Whisky plates” may be issued if:

Generally, “whiskey plates” are required for a minimum of one year, and longer in certain circumstances depending on the arrested person’s driver’s license status. It is a misdemeanor for anyone required to have “whiskey plates” to drive any vehicle without such designated plates, punishable up to 90 days in jail and a $1000 fine.

Can you challenge vehicle plate seizures/impoundment?

Yes, Minnesota laws provide avenues to challenge the impoundment of vehicle plates both administratively and judicially in Minnesota district court. Several defenses have been recognized by Minnesota courts. Following plate impoundment, the driver or registered owner of the vehicle may request an administrative review. This is an opportunity to present additional evidence or information to a driver evaluator, who will review the commissioner’s decision to impound vehicle plates. The outcome of the administrative review is known within 15 days.

A driver or registered owner can also file for a judicial review, which includes a hearing before the judge in district court. This hearing must be requested within 30 days of the vehicle plate impoundment.

How much to “whiskey plates” cost?

Currently, the Department of Public Safely charges a fee of approximately $57.00 to obtain “whiskey plates.” 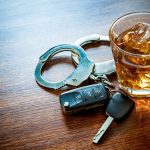 What happens when someone is arrested for a first-time DWI/DUI in Minnesota?Law Articles 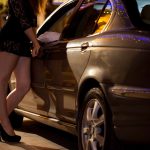