The Minnesota State Patrol and police departments around the Twin Cities are increasing efforts to target drunk driving by placing additional patrol officers on the roadways. Minneapolis/St. Paul, Rochester, White Bear Lake, St. Cloud and Eden Prairie are just a few of the 300 cities/agencies increasing measures to crackdown on drunk driving on Minnesota’s roadways. Of course, no one wants to be charged with DWI/DUI, so here are a few tips to remember:

Pretty simple, right? All police officers conducting traffic stops in Minnesota are trained to look for evidence of drunk driving. Even if you’ve only had one or two drinks and think you’re okay to drive, it’s not worth the risks. Always plan to have a sober driver or call Uber/Lyft to get you home.

This is a dangerous time to be on the roadway as there is a greater likelihood of encountering a drunk driver. As a result, police officers working the overnight shift typically dedicate efforts to finding and arresting people suspected of DWI. Drivers on the roadway between 11:00 PM and 3:00 AM are often stopped by police for minor traffic violations, perhaps with additional motive to catch people under the influence of alcohol.

Make sure your vehicle’s mechanical features are functioning properly.

If the police view any mechanical defect on your vehicle – for example, a broken taillight, an object hanging from your rearview mirror, or even a faulty license plate light – a valid, lawful traffic stop may ensue. If a police officer conducts a traffic stop, the officer then has the opportunity to talk to you, smell for alcoholic beverage, or make others observations about your demeanor. If the officer has probable cause to believe you may be under the influence of alcohol, the investigation and scope of the traffic stop will expand. 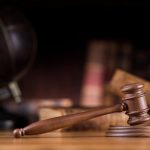 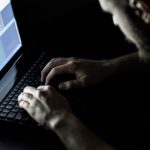