Field Sobriety Tests: Why Police Want You to Take Them 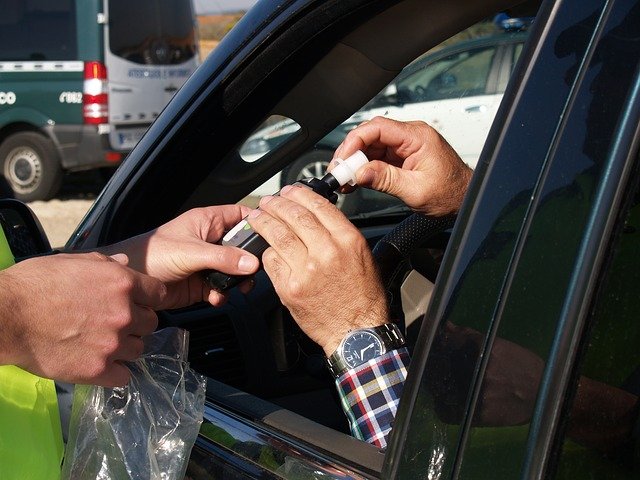 You enjoyed an evening out with friends and are driving home when you see the police cruiser approaching in your rearview mirror. Whether you’re in Minneapolis, Saint Cloud or Stillwater, all Minnesota counties employ law enforcement officers trained to make traffic stops for minor traffic violations with a secondary purpose of investigating whether the motorist is impaired.

Police pulling motorists over for traffic violations is not uncommon on roadways in and around Hennepin county, Stearns county and Dakota county and often ends with a citation or, if you are lucky, a warning. If the stop is for suspicion of driving while impaired, things get serious very quickly as you suddenly face being arrested and charged with driving while impaired on Minnesota’s roadways.

Knowing what to expect and how to assert your rights when suspected of driving under the influence in Minnesota can make a difference in the outcome of your case. A good place to begin is when the officer asks you to step out of your car to perform a series of tests known as the standardized field sobriety tests. Taking them may not be in your best interest.

Probable cause to make an arrest

Observing your car weaving in and out of its lane or traveling substantially below the speed limit are a couple of the signs a police officer looks for to justify stopping a motorist for further investigation for driving under the influence. The truth is that reasons other than intoxication may cause either of those behaviors, so the purpose of the stop is for the officer to gather evidence to justify making an arrest.

An odor of alcoholic beverage, slurred speech, watery or bloodshot eyes, and other signs commonly associated with intoxication or impairment and may offer confirmation of a police officer’s suspicion that you had been drinking. The officer may need additional evidence proving that you were impaired, so you will be asked to complete three activities known as the standardized field sobriety test designed to give the officer evidence to use in court to justify arresting you for driving while impaired.

The National Highway Traffic Safety Administration developed the standardized field sobriety test as a tool for police to use in the field to determine whether a motorist’s blood alcohol concentration exceeded the legal standard, which Minnesota and other states currently set at 0.08%. The following are the three components of the standardized field sobriety test (SFST) developed by the NHTSA:

Minnesota includes a preliminary breath test as one of the components of the SFST for law enforcement to use to evaluate whether or not a person is impaired. The test uses a handheld mechanical device to measure a motorist’s blood alcohol concentration by having the person blow into it.

Possible flaws in sobriety tests administered in the field

The horizontal gaze nystagmus test involves the officer asking you to follow the movement of a pen, finger or other object using only your eyes and with no head movement. The theory behind the test is that a person impaired by alcohol consumption will exhibit an involuntary jerking movement of the eyes. The flaw in the theory is that nystagmus, the involuntary eye movement observed by the officer, may be caused by factors other than alcohol consumption.

According to the American Academy of Ophthalmology, nystagmus could be hereditary or caused by one of following:

The walk-and-turn test asks you to follow instructions given by the officer and walk heel-to-toe for a specified distance along a straight line with hands held at your side. Back or knee injuries could make it difficult for some people to successfully perform this maneuver.

As with the other tests, any number of physical conditions that affect balance could make successful completion of the one-leg stand test difficult or impossible for some people. This test requires that you stand with one foot raised off the ground and hold the position while keeping your arms close to the sides of your body.

You have the right to refuse

If you’re under investigation for DWI/DUI in Hennepin County, Stearns County or another Minnesota county, chances are that when asking you to step out of your car to take the SFST the officer will make it seem as though you must take them. In fact, you have the right to refuse the SFST and the preliminary breath test. Although the results of the preliminary breath test generally are inadmissible and, with a few exceptions, may not be used against you in court. The same cannot be said of the SFST.

Police officers may testify at a DWI trial about observations they made of the suspect during the SFST. It can be used as evidence to support an officer’s suspicion that you drove while impaired. Refusing to participate in the SFST is one less source of evidence available for the prosecution to use to prove you committed the crime of driving while impaired, although arguable one less opportunity to prove your sobriety as well.

One word of caution about breath testing. Minnesota law makes it a crime to refuse to submit to a warrantless breath test designed to measure blood alcohol concentration. Unlike the preliminary breath test administered at roadside, results of a breath, blood or urine test administer after your arrest can be used as evidence to prove the level of your BAC.

Stacking the deck against you

It is not only medical conditions that may affect your ability to perform standardized tests administered on the side of a road. How the officer gives the instructions for each test, condition of the road surface where the tests are performed, and distractions caused by passing vehicles or weather conditions may cause you to fail. Refusing to participate in field sobriety testing may be more beneficial to you than hoping that your criminal defense attorney can successfully challenge the results when the case goes to court.